On Thursday, December 13, 2018 guests onboard Vision of the Seas joined together with Cruise Director Steve Davis to perform an awesome dance routine to Michael Jackson’s Thriller.

Yesterday afternoon passengers of Royal Caribbean’s Vision of the Seas were thrilled by a superb violin performance by a very lovely and uniquely talented young musician named Eunsley Park. Eunsley is a very accomplished violinist who was born in South Korea and began playing the piano at an early age of two and the violin at the age of five

Eunsley’s appearance is part of the new Cruising with the Classics series that has begun onboard Royal Caribbean cruise ships arranged with Royal Caribbean and the Royal College of Music in London.

Eunsley was introduced and accompanied on piano during her performance by Brooks Aehron. Brooks explained how thousands of young musicians around the world play for years and only a very small percentage make it to become a rising star as Eunsley has become. Brooks stated that Eunsley is considered to be one of the greatest young violinists in the world today.

Yesterday’s performance was the very first time that Eunsley ever performed onstage on a moving cruise ship that was swaying back and forth at times during her performance. It was a sensational time for all and she received a standing ovation.

Click here to view a 2018 performance by Eunsley at Wigmore Hall in London.

Other Photos During The Performance: 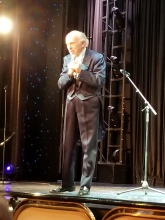 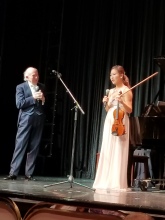 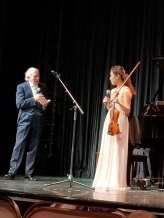 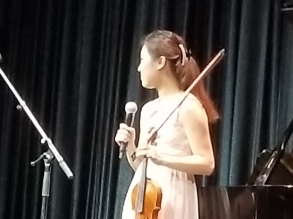 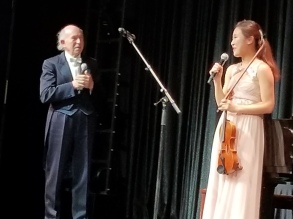 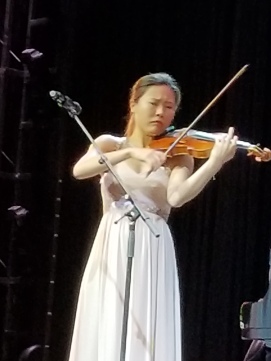 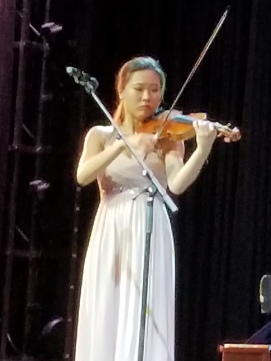 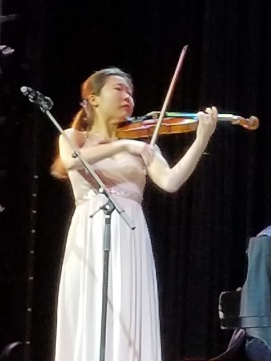 Another great performance by Liudmyla and Iryna, the Sounds of Life Duo, during the lunch hour in Vision of the Seas’ Schooner Bar. These wonderful women play such sweet and soothing music that at times seems almost hypnotic – taking me away from all of the loud noise around the ship and feeling overwhelmed with crowds of people. They are quite exceptional in playing different pieces all the way from classical to more modern sounds.

I’m not a music critic and have lost total hearing in my left ear and have some hearing loss in my right ear, but I have enough of an ear for music tknow these gals put their heart and their soul into their playing, which combined with their experience of performing, creates a sound that I wish more and more people these days would truly appreciate.

I really loved it when they presented Scott Joplin’s, The Entertainer, which was used in the from the 1973 Oscar winning movie The Sting. I thought they were superb!

These two wonderful ladies call themselves the Sounds of Life Duo. I really enjoyed listening to them play last night in the Schooner Bar on Royal Caribbean’s Vision of the Seas. 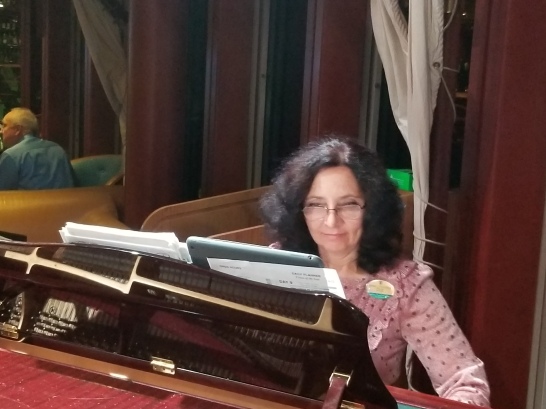 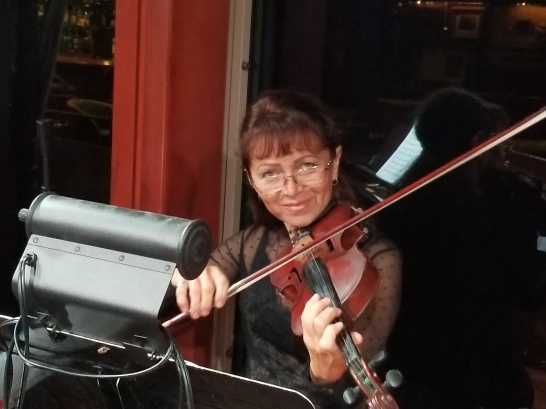 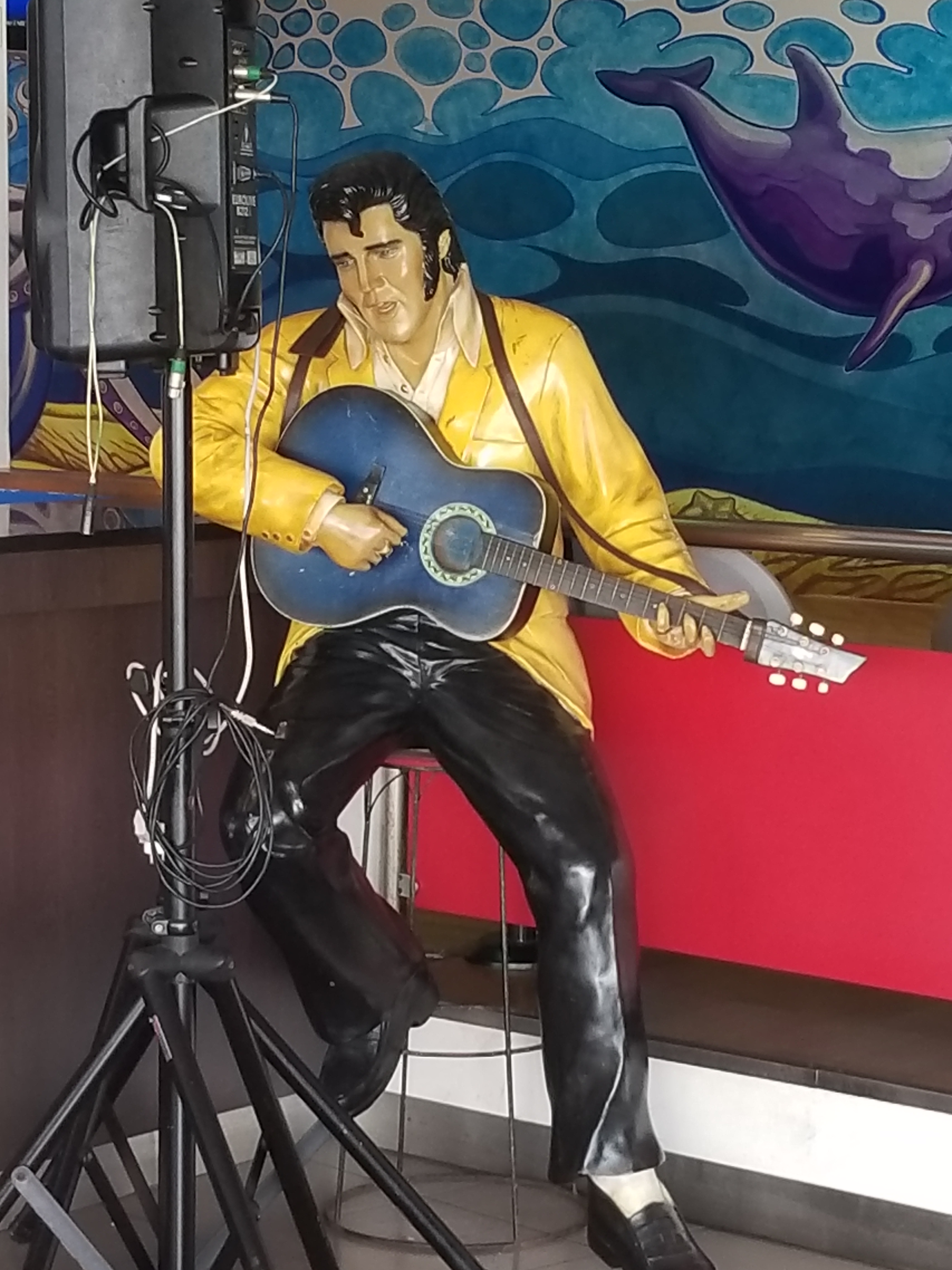 For anyone who has ever wondered what happened to Elvis Presley, of all places in the world, I spotted him in Ponta Delgada, Azores today. He looked like he was having a good time and had taken a break from other places where he’s been seen over the past several years.

Last night I had the pleasure of seeing British Entertainer Gary Williams, the Star of London’s West End show The Rat Pack, entertain a packed crowd inside Vision of the Seas Masquerade Theater.

Gary Williams performed many of Frank Sinatra’s classic hits, as well as songs of Dean Martin and other greats from the 50s and 60s. My favorite moment was when he performed Bobby Darin’s amazing hit Mack The Knife.

Gary shared with the audience of 2004 being the greatest year of his life – recording with an orchestra in the Abbey Road Studio, performing at Buckingham Palace and singing in Las Vegas at a show to honor the legendary Frank Sinatra.

It was a great show with high packed energy.

Click here to view some photos of the show.